Home » Answers to Common Questions » What are the Progressive Pokies that have the Highest Seed Values?

Whenever a progressive jackpot is won and paid out, the pokies machine that has such a jackpot is then going to reset its jackpot to something known as a seed value, and that is the value at which it will start to grow in value from.

Most pokies machines will not reset their jackpots to zero, instead they will have a set in stone seed value at which the jackpot will be reset when won, and it will be dependent on just which pokies you are playing as to whether that jackpot is going to be a high valued one or a fairly small valued one.

As such; if a player is playing one of their progressive pokies machines in any other currency other than GBP; when the jackpot is won and the pokies resets the jackpot to its seed value. The difference in regards to the currency exchange rate of the currency; the jackpot was won in; and GBP is then also added to the jackpot.

That is why, when you notice a Microgaming progressive pokies machine has just paid out its jackpot, the seed value is much higher in value than its published seed value. Unless the player who wins that jackpot; is playing in GBP in which case the jackpot will then reset back to the seed value published for that pokies machine.

Also, every player; no matter in which currency they are playing such pokies; will have an equal chance of winning the respective jackpots; as long as they are playing the pokies in the required way; so that the jackpot element of the pokies is activated on each spin thy playoff.

One pokies machine that does offer a huge seed value in regards to its highest-valued jackpot is the Mega Moolah pokies. And all of the other pokies machines that make up that series of pokies. When the Mega Jackpot is finally won on that pokies machine; which can and does often take some time to be won the jackpot; will then reset itself to 1,000,000.00; and will then start to grow in value again as more and more players play those pokies.

The Major Millions pokies machine is another pokies on which a fairly substantial jackpot can be won; and when playing that pokies machine as soon the jackpot is won; it will reset to a value of 250,000.00 in the currency you are playing it for.

You may like the look of a progressive pokies machine – Cash Splash pokies. It is a particular pokies machine, which is much more modest seed value in regards to the value at which its jackpot will reset after being won and that value is 5000.00.

Know how jackpot is won and paid out

Therefore, if you would start to play any type of pokies machine; offering one or more progressive jackpots; you must know the first and foremost thing how the jackpot on each pokies machine is won and paid out.

If you do not play these types of pokies machines in the way they have been designed to award their respective jackpots then you will never have any chance of winning those jackpots.

So, if you see a pokies machine offering a progressive jackpot; for example and that jackpot payout can only be won on the highest number pay line; then you must always play that pokie with all pay lines in live play to have a chance of winning the jackpot.

Also, few progressive pokies machines may require you to have to put into play the maximum stake amount possible per spin; to have the chance of winning the jackpot. And as such, it is necessary to read the rules of any pokies machine; and know their respective paytables. So you know how each jackpot can be won before you start to play.

Where can I Play Betsoft Pokies for Real Money? 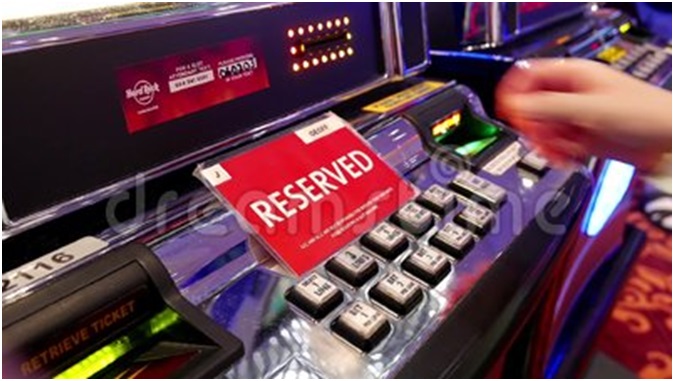 Is There A Maximum Number Of Minutes You Can Reserve A Pokies Machine Online?