What are the Common Questions Often Asked by Players about Aristocrat Pokies?

Aristocrat is a brand poker machine developer which is very popular world wide. The great pokies games developed by Aristocrat can be played both in land casinos and online casinos. But there are many questions that pop up in the minds of players specially Aussie players regarding to playing of Aristocrat games. Here some of the common questions asked and the answers to those queries.

Some Common Questions about Aristocrat Pokies

1. Where Can I Play Aristocrat Pokies?

Though Aristocrat gaming company is based in Australia and has a massive presence around the world but  actually getting to play the games and where to do that actually varies from country to country. In Australia, it’s simply a case of heading to your local land casino. While the likes of Ainsworth, Konami and IGT are responsible for some of the land based poker machines that occupy the gaming floors in these venues, Aristocrat is one that is never missed. A large percentage of all of the games offered in Aussie casinos come from Aristocrat and the bigger names, such as those operated by Crown and Jupiter, will always be the place to be for the very latest releases.

Even the older games are not hard to find, as Aristocrat is always keeping things fresh, with the current trend being for multi-game cabinets. From those that focus on a specific series, such as 5 Dragons Empire which crams in several versions of the same game from over the years, to Player’s Choice which crams in everything from Where’s the Gold to Big Red, just because a game is older doesn’t make it any more difficult to find.

Elsewhere, the popular Aristocrat releases such as Game of Thrones, Walking Dead and Britney Spears will be the stars of the show on any floor from Vegas to Atlantic City. The developer is a major player in Macau and it is only really in Europe and Africa that they are still looking to expand much further, so keep an eye on your local venue for new releases as they become available.

2. Can I Play Aristocrat Pokies Online?

Aristocrat pokies can be found in online casinos and many popular pokies like Queen of the Nile, Where’s the Gold and Choy Sun Doa, are often delivered in partnership with another name with a more specialist approach to online pokies, such as NextGen.

While these online versions of the various games are available in many different regions, Australia is one country where your access to Aristocrat action is limited strictly to land based venues. As of 2013, Aristocrat took the intentional decision of ensuring that their games would not be available online in Australia, presumably so as not to fall afoul of the government’s perceived dislike for online gambling in general. So being an Aussie you cannot play Aristocrat pokies for real money but can enjoy free games which do not offer any form of gambling.

3. Does these games Offer Mobile Pokies?

Aristocrat does offer mobile pokies. Back in 2012 they acquired a company called Product Madness with the specific goal of expanding the social side of gaming. The branding was retained, and their most famous products are Heart of Vegas, FaFaFa Slots and Emerald Empire pokies. These mobile games are essentially mobile casinos, but with no real money action. You can find mobile versions of all sorts of familiar titles, including Sky Rider, Choy Sun Doa, 50 Dragons, Lucky 88 and Buffalo. There are also standalone apps of some of the top games, which again are dedicated to demo credit play. You can find Aristo app from Aristocrat at iTunes and Google play which you can download on your smartphone and enjoy Aristocrat pokies for free.

4. Does these games offers huge selection of games?

Aristocrat offers wide range of pokies games. From traditional pokies like Queen of the Nile to new pokies  and the latest game releases are sure to take your breath away. They all remain land based exclusives; so you will need to head on over to your local casino to play; but these titles are well worth the time. From Batman to Tarzan and much more besides; you’ll be able to see exactly what makes Aristocrat a world leader in gaming thanks to advanced cabinet technology; amazing gameplay; and all of the winning potential that any player could possibly look for.

For those that do have access to the online versions of the games; there is every chance that they will be able to find free versions of the games. That selection isn’t huge – indeed it is exactly the same size as the range at the online casinos themselves – but it can be a great way to enjoy some great Aristocrat action without the need to get involved in social gaming.

5. Are There Similar Games to these Pokies Out There?

If you’re looking to enjoy the Aristocrat style of action; and are not dead set on playing an actual Aristocrat game then you’re in luck. Poker machine players benefit from the fact; that no matter how innovative you are as a developer; there are certain elements to the pokies that simply will not change. They all involve reels and generally throw in some themed symbols, and generally a bonus round too; with free spins being by far the most popular pick in the Aristocrat range.

There are literally dozens of different developers out there that all focus on making poker machines; and many of them have nothing at all to lose by offering their games online in Australia. They take that basic formula and add in their own twists. It also helps that Aristocrat has done so well over the years; that several developers are more than happy to take direct inspiration from them.

You can find pokies games from the biggest developers in the world; such as Microgaming and NetEnt, which offer some of the best features of gameplay. They are all reputable, and they are all right up there in the estimations of players. Some are even dedicated to bringing the best gaming action to players in Australia above anyone else. There are many online casinos; which are Aussie friendly and offer such alternative pokies games for you to enjoy for real money. 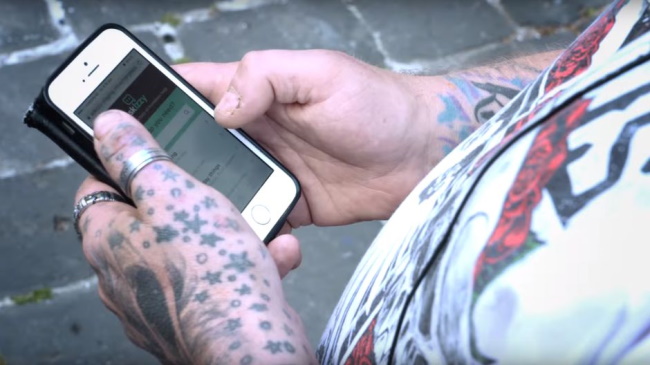 Will Apps End Up Saving the Homeless

What kind of Poker Game should I Play as a Beginner?