Which Pokies Game has the Best Wheel Spin Bonus Feature?

When you enter an online casino you find that there are so many pokies game having different bonus game features that can be triggered and cashed when you play them. Some of the bonus games you can find are in the form of free spins when scatter symbols spin in, or a pick to win type of bonus feature game, but there is one very exciting bonus game to enjoy and that is a bonus wheel type of feature round.

These types pokies, which by the way come as both 3 reel pokies and video pokies, will see players forced to spin a wheel when the bonus game is triggered and awarded to them in the hope that whichever segment of the wheel spins in opposite the winning arrow is a high valued cash award or even a high number of free spins on a high multiplier is displayed on the winning segment of the wheel, for not all pokies of this type award just cash payouts.

There are a range of different pokies games all of which you can play online, you can trigger their respective bonus wheel feature rounds and what you could win on each of these pokies games will interest and thrill you in the game. Here are few of the pokies games with best wheel spin bonus feature.

and is still available in the downloadable gaming platform which requires you to wager 3 x 1.00 coins to have a chance of spinning in a special Spin symbol on its third reel to see you playing its bonus wheel spinning game, so when playing it make sure that stake is what you play it for as you cannot trigger the bonus game when playing for stakes of 1.00 or 2.00 and those coin values are fixed so you cannot adjust them upwards or downwards in value.

Microgaming have also made available the Spectacular pokies game which is another pokies with three stepper reels, and when playing that particular pokie you are given the choice of playing one or two of its fixed 1.00 coin options, by doing the latter and playing each spin for a 2.00 wager then when the Spin bonus symbols spins in on the third reel on the payline you are then awarded the bonus spin the wheel feature.

Another pokies game which has a similar playing structure to the Spectacular pokies is the Free Spirit pokies game, when playing for stakes of 2.00 per spin the way the bonus game is triggered is the same as the above pokies in as much as a Spin symbols has to land on the payline on the third reel.

There are two video pokies games which you are going to enjoy playing at Microgaming powered sites and these are the Mega Moolah pokies which are part of a series of pokies all offering a wheel spinning type of bonus game, but a bonus game with a difference, along with the Wealth of Wealth Special Edition pokies.

When playing the Mega Moolah series of pokies there is no requirement to place a wager of any certain value to have a chance of triggering the bonus game as they are awarded to players at random no matter what stake they have wagered.

When the bonus game is randomly awarded to players on any of the Mega Moolah series of pokies then you will have to spin a wheel split up into lots of different coloured segments with each segment representing one of four different progressive jackpots, this means when the wheel spinning bonus game is awarded to you then once the wheel has been spun and comes to a stop you will have won one of the progressive jackpots.

You will also find a 25 payline pokies game on offer which is known as the Special Edition Wheel of Wealth pokies, and when you get stuck into playing that pokies game you need to have three or more of the bonus symbols lining up from reel one and then on consecutive reels on any activated payline to get to play off its wheel spinning bonus game.

The best aspect of playing this pokies is that if you choose to play maximum bet spins is that the bonus game can and may award you with a winning payout worth a whopping 100,000 coins, so if you can afford to play it for maximum bet spins then you can go for it.

In Lotto Madness, when you have triggered the bonus game; you will end up spinning a bonus wheel that is divided up into thirty six different segments; and in each of those segments there is a different number of free spins and a multiplier value.

You will first have to have spun in anywhere on the first and last reel of the base game; a Bonus Wheel scatter symbol to trigger the bonus game; and when you do that bonus wheel will launch onto the screen; and you are then tasked with clicking onto the spin button to send the wheel spinning.

As you would be expected; it will be the segment of the wheel that ends up facing the win pointer; when the wheel stops spinning; that will determine just how many free spins and the multiplier values they will playoff on. The maximum number of free spins you could be awarded however is 20 free spins on x10 multipliers!

This pokies game is available at Playtech and NetEnt software powered casino sites; or any casino site that has their range of games available alongside other designer games. When you set about playing the Mega Fortune pokies game online; you will be hoping that you line up on any of your activated pay lines from left to right; starting on reel number one a set of three Bonus symbols; for that is the trigger for the wheel spinning bonus game.

That bonus game is one of which you have to spin an outer wheel; and by doing so when it stops; you will either win a cash award; and the bonus game will end or you can gain access to the next inner wheel.

Once you spin the second wheel you can win the lowest valued progressive jackpot, or spin in special pointer symbols that will give you access to the next inner wheel or a cash award will be awarded to you instead and the bonus game will end when it does.

That third wheel; when spun; will either award another progressive jackpot; or a cash award that ends the bonus game or another pointer can be spun in; which when it does will award the highest valued jackpot that being the Mega Jackpot!

So when you choose to play classical three-reel pokies games online with some form of basic wheel spinning bonus game; you will often find that they have fixed coin values. So can only be played for one certain coin value setting; and you are often required to have to play maximum coin spins; to have any chance of spinning in the bonus game triggering symbol or symbols.

When playing video pokies that offer either a cash awarding; or bonus game awarding wheel spinning feature; you can play for free at first, and practice to understand the game with no risk involved to stake your real money; and once you are comfortable and familiar you can play them for real money too.

If you play fewer paylines but higher stakes on the ones you do activate; when you finally trigger the bonus game feature round you could win some larger winning payouts; than you could do when playing all paylines but for more modest stakes.

One thing to keep in mind is that the amount you are going to win on any such pokies game is based  on luck and randomness and it doesn’t matter when you click on the spin button to set the reels spinning you could win a small amount of cash or a mega winning payout. These pokies games are therefore seem to be more liked by players and played often at online casinos. 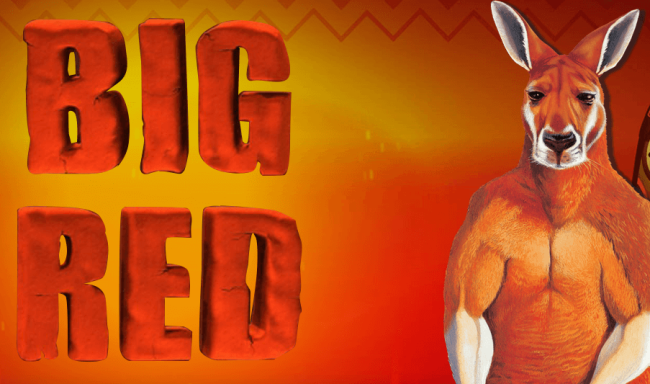