If you remember the game of Tetris which was a super hit world wide (and still is) created by Russian developer Alexey Pajitnov, where you had to join the colorful pieces with four segments each – known as tetrominoes that fall into a grid, with the goal being to make complete lines that will disappear from the screen. The more lines you make, the longer you’ll last, with the game only ending when your stack of pieces reaches the top.

With the same theme into mind WMS gaming company developed Tetris Super Jackpots slot game which has been lately released at the land and online casinos to play and enjoy. While the gameplay is simple as of the original game with only video game now having few entertaining twists making  this a favorite game for players

The online launch by established game-maker WMS is Tetris Super Jackpots, which is themed after the hugely popular tile-matching puzzle game released in 1984.

Just like in the video game, you’ll see blocks of all different colors, and the logo is also designed in red, orange, yellow, green, blue and purple. A grid design can be seen behind the reels on the tall extended screen, with animated pieces constantly floating down behind the game. The graphics don’t need to be particular complex given the simple theme, but they’re still sharp and attractive.

The game is played in a penny slots format, with players able to bet as few as 50 coins in order to gain access to the full range of winning possibilities. That makes it ideal for low limit players, though there are enough denominations and betting levels offered to please high limit gamblers as well. Since this is a live slot, however, there is no play for free option: the only way to try out this title is to spend some real cash enjoy the game.

The Tetris Super Jackpots video slot is a five reel game that uses a traditional 3×5 layout. However, it doesn’t use the standard payline structure, instead going for an all ways format. That means there are 243 ways to win, as any left to right matching combination can score a prize. As usual, you’ll be looking to combine identical symbols to score wins, with three or more in a row necessary to earn a prize.

The slot game uses an incredibly simple pay table, with only three levels of prizes offered. The smallest payouts come from the card rank icons, ranging from jacks through aces, and all earning the same prizes. Next up are four of the common tetrominoes, which again all offer the same payouts in the middle of the pay table. The lone high-paying symbol is the four-line, a favorite of Tetris players around the globe. Hit five in a row, and you’ll earn 200 coins multiplied by your bet multiplier, as usual.

Features of the game

There are no wild symbols on the main set of reels but there are still some special features that can increase your odds of winning. The main  is the Tetrimino Feature, which will have one of the seven pieces from the video game land somewhere on or above the reels. Wherever it should land – and in whatever rotation it decides to do so  it will fill those spaces with the associated icon. Should this happen above the reels, this will also add additional symbol locations, increasing the number of winning ways available to you on that spin.

There are also scatter symbols that can earn you some free games. Hit three scatters on the same spin, and you’ll trigger a bonus round in which you’ll get 10 free spins, each of which comes with an added perk. Every single game will feature a falling Tetrimino, giving you more chances to earn prizes. In addition, the scatters will be replaced by wild symbols that can substitute for any of the normal icons in order to complete winning lines.

The Two Jackpots and Prizes in the Game

There are two jackpots in the game to win . The major and minor jackpot amounts are displayed above the reels, and progressively increase after every bet. Either one may be randomly awarded at the end of every spin, with your odds of winning increasing if you make larger bets.

As said above the Tetromino feature, which can also be triggered randomly during the base game, sees one or two tetrominoes fall either on the reels or just above them. Any symbol covered by a tetromino will be replaced by one of the five tetromino symbols; should a tetromino fall just above the reels, a new of symbols will be created, increasing the number of ways to win.

In total, four extra rows can be created, for a grand total of seven rows altogether.The  scatter symbol which is the Tetris logo, activates the free games feature when a minimum of three of them appear on the reels. There are 10 Free Games and 2x total bet. A Tetrimino feature will begin the start of each free game.

During the free spins feature, the reel set expands to five reels and eight rows and should you land a winning combination, a Tetris watermark will fall to the bottom row. 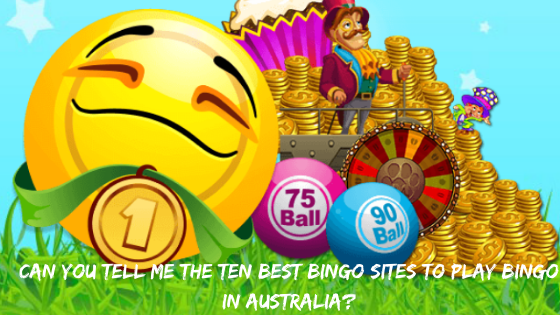 Can you tell me the Ten Best Bingo Sites to Play Bingo in Australia?

Who are Casino Dealers and Can I Become One?