Home » Answers to Common Questions » What Does It Mean By Geo Restricted Pokies Games In Australia?

What Does It Mean By Geo Restricted Pokies Games In Australia?

Casinos Online and Mobile Apps that offer real money gaming like sports betting, poker, casino games, horse racing or lotteries must have necessary licensing and permissions in the locations where the App is used, must be geo-restricted to those locations, and must be free on the App Store. Illegal gambling aids, including card counters, are not permitted on the App Store.  Lottery apps must have consideration, chance, and a prize. This means mobile or Apple don’t want people using gambling apps in places where it’s illegal, no matter which App Store they bought it from.

Geo-restrictions is essentially when a casino site or app uses in-built security technology to limit access to its pokies and games or services based on the user’s geographical location. The tech behind geo-restrictions first calculates the gamers location based on their IP (internet provider) address and its country of origin, then checks the user’s locations based on a pre-existing blacklist (which regions are not allowed or restricted) or whitelist (which regions are allowed).

Geo-restrictions may restrict a player’s ability to access certain parts of the site, completely remove portions of the site’s games from the player’s visibility, or lock the player from even gaining access to the domain altogether. It is a common technology used by many different online sites to control access video games, gambling apps or pokies and more. Usually it is employed as a measure to account for copyright or licensing, but also for enforcement of pricing discrimination or to block malicious Web traffic from a specific region.

Geo-restrictions is employed by Internet gambling venues due to the fact that online gambling laws and gambling legislations are different in every country. Offshore casino websites typically operate outside of a region’s borders and adhere to different international laws and regulations enforced by advanced gambling and licensing jurisdictions, but they must still abide by basic online gambling laws in each territory they service. If not done so could result in unexpected and unwanted legal action.

If you visit an online casino website and cannot play or even see certain casino game software, or cannot access the website altogether, this means your region is geo-blocked from the online casino in question in some way or form. Usually the website will put up a notice informing visitors of the restrictions, but many gambling venues do not actually do this and often leave it up to the player to figure out if their country of origin is allowed to access their services.

Of the 195 recognized countries in the world today, 56 of them have significant legal regulations in place to restrict gambling. Moreover ten of them have banned online gambling altogether. To comply with international law, most gambling websites use geo-restrictions or blocking, which restricts or blocks access to users from countries where online gambling is illegal.

Are there any pokies and casinos that are geo restricted in Australia?

Since the introduction of new gambling services, including online gambling, the Commonwealth has taken a more active role in the regulation of gambling, but the Australian gambling industry is also regulated by State and Territory authorities:

The Interactive Gambling Act (2001) was passed by the Australian Commonwealth Parliament on 28 June 2001. It received assent on 11 July 2001.

The Interactive Gambling Act sets the rules for companies that offer or advertise gambling services. It covers all gambling that takes place online, through a website or app and via a telephone.

The Interactive Gambling Act 2001 makes it illegal for gambling providers to offer some online services to people in Australia. Banned services include:

Banned services must not be advertised in Australia. They also must not promote or offer credit for online betting.

The law changed in 2019 to allow them to bring in the National Self-Exclusion Register.

The law changed in 2017 to combat groups from outside Australia that provide illegal gambling services over the internet.

Following the reforms in the Interactive Gambling Amendment Act 2017:

They publish a register of Australian-licensed interactive wagering service providers.

Some operators are not allowed to offer or enable lines of credit to Australians.

They have new tools to make people follow the rules.

They can refer the directors and principals of offending companies to the Australian Border Force.

The government has introduced the National Consumer Protection Framework. This contains 10 measures to help problem gamblers. For example, it helps them:

One of the biggest disappointments when it comes to pokies region blocking is that in mid-2016, one of their favourite software providers, NetEnt, geo-blocked its wide area progressive jackpot pokies games from Australia. This means we can no longer play pokies like Mega Fortune or Hall of Gods, which were some of the most lucrative, multi-million-dollar pokies on the Web.

Another example is the NYX Gaming/Next Gen software developer, whose games were region blocked from Australia awhile back, taking away much popular pokies like Foxin’ Wins and Doctor Love. Thankfully, under the guidelines of its licensed jurisdiction, these games can still be found at top rated casinos for online pokies.

Those casinos sites or pokies that are not registered are geo restricted in Australia.

Geo targeting is when an online website uses in-built technology to detect the location of a visitor to the domain via their IP address and Internet provider. With this information, a website can control and filter certain games or pokies based on the user’s recognised country, region, zip code, and so on. Advertisers and marketers often make use of geo targeting to reach their desired audiences, and other well-known businesses such as YouTube use geo targeting to control availability of content based on licensing and existing regional restrictions.

Geo targeting is employed by online casino websites to better service its players based on their country of origin. For example, an online casino might be running a special promotion celebrating a holiday specific to just one country, so they might only have certain promotional material appear to users who have IP addresses from said country.

Online  casinos only use geo-restrictions so they abide by gambling laws unique to the countries they service to protect themselves and the player from running into undesired legal troubles.

If only a few games are blocked to your country and not the entire site, it means the software provider of the games in question rather than the online casino has chosen to block its games from being accessed by users from your region. Geo-targeting is less common and is more often used so players from certain countries are serviced better.

How to play pokies if there is any geo restriction?

In case certain pokies or any casino is restricted to play from a country you can find an alternative offshore casino site to frequent, of which there are plenty to choose from.

If you have been on the online scene long enough, you are more than likely fully aware and knowledgeable about VPN (Virtual Private Network) services. These are digital services, paid or free, which grant Internet anonymity by masking your true IP address and allowing you to use an IP address from another country. VPNs are most often used to access pokies and casino sites that is geo blocked or unavailable in a user’s country of origin, but they are also used as an additional security measure to safeguard your privacy while surfing the internet. Essentially, your detected IP address will appear from the country the server of your VPN is located.

VPN providers have no oversight or authority over what activities their customers partake in, including getting around geographical restrictions. Thus, their popularity, especially as the general public grow more tech-savvy, has increased over the last few years.

VPNs are extremely popular with online players and  gamblers, and not just for the additional privacy – but because it allows players to get around geo restrictions and play pokies games and entire casino games they normally would not be allowed to access based on their local online gambling laws.

How to avoid restrictions when playing pokies online?

Finally remember not all pokies and casino games are geo restricted in Australia. In few states you might get blocked to play all the games but this  geo restrictions don’t apply to all of Australia.

You can play the games at the reputed online sites free pokies or with real money here which are not blocked to Australian. 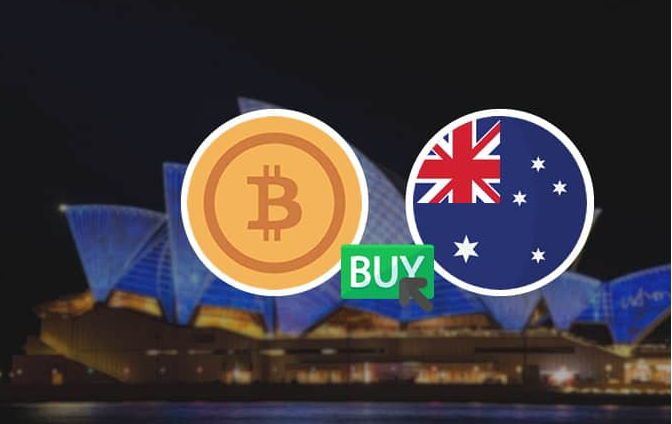 How to Buy Different Cryptocurrencies and Play Pokies in Real-time?

Where Can I Play Charity Housie In Australia?

You have Won but your Online Casino is not Willing to Pay- What to do?