Home » Answers to Common Questions » What are the 3 Easiest eSports to Play and Win?

Esports has become quite popular among players. By 2019, it is estimated that 427 million people worldwide will be watching eSports. The increasing availability of online streaming media platforms, particularly Panda.tv, YouTube, and Twitch.tv, has become central to the growth and promotion of eSports competitions.

For those who are newbies esports also known as electronic sports offer competition among players. The gamers set to play video games in an organized manner where multiplayers join together to play  such games. The most common video game genres associated with eSports are real-time strategy (RTS), first-person shooter (FPS), fighting, and multiplayer online battle arena (MOBA). Tournaments such as the League of Legends World Championship, The International, the Evolution Championship Series and the Intel Extreme Masters provide live broadcasts of the competition, and prize money to competitors.

Although organized online and offline competitions have long been a part of video game culture, these were largely between amateurs until the late 2000s when participation by professional gamers and spectatorship in these events saw a large surge in popularity. Many game developers now actively design toward a professional eSport subculture.

In the mid-2010s, the most successful titles featured in the professional competition were the multiplayer online battle arena (MOBA) games League of Legends and Dota 2, and the first-person shooter game Counter-Strike: Global Offensive. Other games with significant earnings include Call of Duty, Heroes of the Storm, Hearthstone, Overwatch, Smite, and StarCraft II.

But for a new player understanding, esports can be a bit difficult. There are simply too many options, and many games have a huge learning curve even from the spectator’s side. Here find the three easiest esports to play and win. These games are simple to understand and betting on them normally requires you to consider only one or two factors and not more.

3 Easiest eSports to Play and Win

This game is a fighting video game developed by Capcom and Dimps. The game was released in February 2016 and features cross-platform play between the PlayStation 4 and Windows versions. Similar to the previous games in the Street Fighter series, Street Fighter V features a side-scrolling fighting gameplay system. The game also introduces the “V-Gauge”, which builds as the player receives attacks and adds three new skills. The game features 16 characters at launch, with four of them being new to the series.  While Street Fighter VI is surely on its way at some point, Street Fighter V isn’t likely to go anywhere any time soon so as a new player you can play and get experience on hand.

As said above Street Fighter V is a 2D fighting game. It pits two players against each other, head to head, as they assume the role of a fighter. Each fighter has a set of special abilities – one may have furious flurries of kicks, while another may rest in a corner of the screen throwing fireballs. With a complex system of moves and counter moves, Street Fighter is one of the most complex fighting games on the market. Street Fighter matches crawl towards their time limit as players reach a standoff. Only player skill is required here and the better player comes out on top in each match.

It is a series of crossover fighting video games published by Nintendo. It primarily features characters from their own franchises like Mario, Pikachu, and Kirby. Masahiro Sakurai, who has directed every game in the series, is the originator of this game. The gameplay objective differs from that of traditional fighters; by aiming to knock opponents off the stage instead of depleting life bars. This game was first released in 1999.

While Super Smash Bros is still a competitive game, it relies much more heavily on a “meta” which means understanding a game and its mechanics beyond just playing this game. In this case, meta refers to the various possible character selections and their interaction.

Super Smash Bros has a constantly evolving meta, so understanding meta shifts and matchups are key to winning like Pikachu is not easily countered, but isn’t favored in longer matches. If a player expects games to go quickly, Pikachu is a sensible choice. However, once Pikachu has shown to be a good choice, more players will pick up the character, and the meta will shift accordingly.

It is a free-to-play online collectible card video game developed and published by Blizzard Entertainment. Having been released worldwide on March 11, 2014; Hearthstone builds upon the existing lore of the Warcraft series by using the same elements, characters, and relics. The game features cross-platform play; allowing players on any supported device to compete with each other, restricted only by geographical region account limits.

This is a turn-based card game between two opponents; using constructed decks of 30 cards along with a selected hero with a unique power. Players use their limited mana crystals to play abilities; or summon minions to attack the opponent, with the goal of reducing the opponent’s health to zero. Winning matches and completing quests earn in-game gold, rewards in the form of new cards, and other in-game prizes.

Gamers can then buy packs of new cards through gold or microtransactions to customize and improve their decks. The game features several modes of play, including casual and ranked matches, as well as single-player adventures. New content for the game involves the addition of new card sets and gameplay – taking the form of either expansion packs or adventures that reward the player with collectible cards upon completion.

The outcome of Hearthstone games is often decided by the same factors as said before: skill and the meta. The game starts before the match or tournament, as players decide what tools to bring to the table. Once there, a more skilled player has a significant advantage. However, Hearthstone’s luck factor can make betting much more exciting; it is possible for the better player to lose to a bad hand.

Besides this three easy-to-play and win eSports games with practice; you will find that most of them are simple to play. Wanna know about Australian Esports then click to the next question answer as asked by one of our readers. 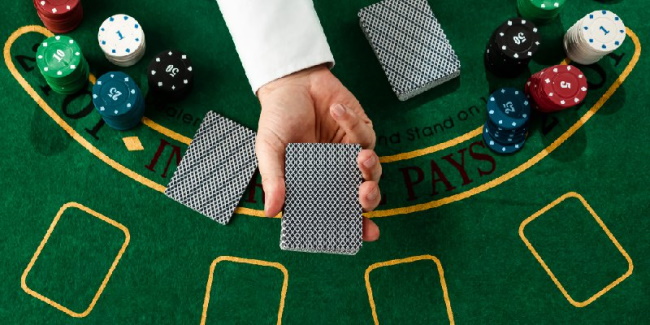 What is the Difference between Blackjack, Spanish 21 and other Variants?

What to Consider when Choosing a Bitcoin Online Casino?

5 Vital Things you Need to Know When Playing Pokies