Home » Answers to Common Questions » What are the Six Rare Poker Variants to Enjoy at Online Casinos?

What are the Six Rare Poker Variants to Enjoy at Online Casinos?

Poker is one such game that punters all over the world love to play be it online or at a land real casino. There is a number of poker variants available at online casinos. You can easily find poker variants like Texas Hold’em, Omaha Hold’em, 7-Card Stud Poker, Tequila Poker, and more. Here are six rare pokers.

Before you begin to play six rare pokers or any kind of poker online you need to remember that poker is usually played against the house represented by the dealer. The players start the session by submitting the Ante bet. The Dealer will then deal two cards for the house and two for the player, thus starting the first stage of betting in which the player must decide between folding the hand and losing the Ante or calling. The latter option actually means doubling the Ante; if you decide to call, three more cards will be dealt (Flop) and you will now be able to combine your hand with the community cards.

Then you can Check or Bet which means proceed with the same betting amount or submit a new bet and wait for the Dealer to draw the Turn card. The betting rounds end when the last community card is drawn from the shoe, which concludes the Poker session and settles the bets according to the Poker hand ranking table:

But besides the popular poker games, there are a few other poker games that are now rare but still can be found at a few casinos to play.

Abyssinia is a variation on Five Card Stud Poker. Unlike traditional poker games, which are “closed,” or cards are kept secret, in Stud Poker hands are open. Players keep hole cards that remain secret until the showdown. This is one of the six rare pokers.

Abyssinia specifically is a high-low variation on stud poker which resembles Buy Your Own Poker’s mechanism in that players begin the game with no cards and buy either known or unknown cards to create a poker hand.

Players begin by placing their antes in the pot. The dealer then, after shuffling the pack, deals each player two cards face-down. Players examine their hands. Then, the dealer deals with two more cards: the cards are placed on one side of the face-down pack of cards. The upcard nearest the deck costs two units and the upcard farthest the deck costs 1 unit.

This game can be played with everyone’s hands revealed since, technically, everyone already knows what people have. On the other hand, players may conceal cards as they buy them for a secret hand. In this method of play, players must declare high or low before the showdown.

Pineapple is another poker variant very similar to Texas Hold’em, where the pre-flop stage starts with 3 cards being dealt instead of 2. This is one of the six rare pokers.

As the three-hole cards create many more hand possibilities, even conservative players will tend to see a lot more flops. Like in Omaha, hand values increase significantly. While one or two pairs is usually enough to take down a hold’em pot, one needs a much stronger hand to survive the showdown in pineapple—typically the nut straight or flush. Someone will almost always flop a flush draw in a multi-way pineapple pot, and the odds to chase it are usually there. Hands like top pair top kicker, or a pair slightly smaller than top pair (J-J-X on a K-8-9 flop) are therefore much more vulnerable than they would be in hold’em.

A quality starting hand in pineapple contains a big pair as well as a big suited draw. Ah-Ad-Qd, Jd-Jh-Kh, and Tc-Th-Jc are all excellent hole card combinations as they give players flush and straight possibilities to go along with the pair. Three suited connectors with a two-flush such as Jd-Qd-Kh are also valuable as well as suited aces with straight possibilities such as Ac-Jc-Td. Small pairs can be playable if they come with other draws (6c-6d-Ac), but do not fare well on their own (4s-4h-Qd). Big offsuit aces, like A-K, A-Q, and A-J might be premium hands in hold ’em, but they are marginal at best in pineapple without another draw for backup. Three cards from the same suit can also be a trouble hand, as one of your all-important flush-outs is already gone.

A player’s biggest decision in crazy pineapple happens after the flop when one hole card must be tossed away. For example, if I have the Kh-Kc-Qh on a flop of Tc-Jh-6h, I need to decide whether to keep my pair of kings intact and discard the Qh or go for the possible straight or flush by discarding the Kc. In a heads-up pot, it might feel safer to keep the kings, but facing multi-way action, the combination draw holds much more value.

Big-O poker is a great game that can be played with 8 or fewer people, and has a ton of gamble baked right into the format. This is one of the six rare pokers. If you’ve never played Big-O before, it’s 5 card pot-limit Omaha 8-or-better. So not only do you get 5 cards per hand, but many pots end up getting split between the high hand and the low hand, common for pots to grow quickly. If the game is played with 8 hands or less, a card is burnt prior to each new board deal. The extra card in Big O doubles the number of possible combinations with 2 cards (6-10), which means that the odds of forming a favorable hand are increased.

Badugi or palooka is a draw poker variant similar to triple draw, with hand-values similar to lowball. This is one of the six rare pokers. The betting structure and overall play of the game are identical to a standard poker game using blinds. But, unlike traditional poker which involves a minimum of five cards, players’ hands contain only four cards at any one time.

During each of three drawing rounds; players can trade zero to four cards from their hands for new ones from the deck; in an attempt to form the best Badugi hand and win the pot. Badugi is an often gambling game, with the object being to win money in the form of pots. The winner of the pot is the person with the best Badugi hand at the conclusion of the play (known as the showdown). Badugi is played in cardrooms around the world, as well as online.

Mexican Poker is similar to a 5-card stud and is played with a standard deck ‘stripped’ to 41 cards. The 8’s, 9’s, and 10’s are removed, the Joker remains. This is one of the six rare pokers. To receive a hand, each player posts a collection when required. The cards are dealt clockwise, beginning to the left of the dealer button. The dealer button rotates clockwise after each hand is complete.

Each player receives a total of 5 cards, of which 1 card must be face down. After the first two cards are dealt (1 up and 1 down), a betting round begins with the high card clockwise of the dealer button, making a forced opening bet to start the action. After the betting is complete, the players may expose, if they wish, their down card. This action must be complete prior to the deal of the third card which may be delivered up or down depending on whether or not previously dealt down cards have been opened. When the third card has been delivered, betting then occurs.

Chinese poker is a commonly played game among poker professionals during their downtime. Since Chinese poker doesn’t use any chips or betting, it’s technically not “poker,” but its usage of poker hands is what gives the game its name. The game is played with two to four players, a standard 52-card deck, and a few ways to keep score. Read on for the full rundown of the Chinese Poker rules. This is one of the six rare pokers.

After shuffling, the dealer deals out the entire deck into four hands (13 cards per hand). If you’re playing with four players each player gets one hand. If you’re playing with three players, the fourth hand is discarded and left unused. In a two-player game, each player receives one hand; and reserves a second for the next hand (saving the dealer having to re-deal). A player is only allowed to look at his own hand and in a two-player game; he can only look at the hand he’s are currently playing.

Everyone gets 13 cards and then has to organize their cards into three poker hands. Two of the poker hands have five cards and one has three cards.

Three-card hand should be the worst hand

When everyone’s done setting their hands turn over your hands and compare them to each hand of every other player. Each hand is worth one point against the other player. And if you beat someone in all three hands it’s called a scoop and it’s worth a three-point bonus.

Now try to find these six rare pokers variations at online casinos. If you don’t find them no worries. Either hop to a nearby land casino and enquire about these poker tables; and still if you are not able to locate them; then the best idea is to play popular poker games, which are easily available at many Australian friendly online casinos to play with real money AUD or BTC or play for free to enjoy and have fun. 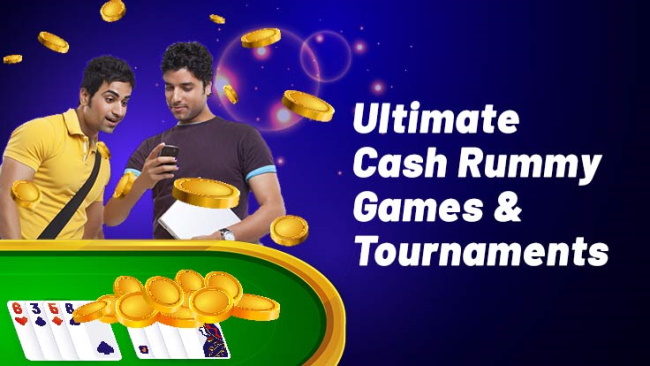 Where Are the Best New Casinos?

Where Can I Play Pokies In Townsville?