Home » Answers to Common Questions » What are the 10 best games that can be Streamed on Twitch?

What are the 10 best games that can be Streamed on Twitch?

Games and gaming technology are evolving fast. Gone are the days when you had few choices for gaming. Now you don’t need to visit any real casinos for games as most of them are available online right at your home and can be played with mobile or tablets. Besides, there are many social media platforms that allow you to play games like Facebook and YouTube. Also, many networks and TV channels and their apps stream the games, popular being Twitch and Mixer. Twitch. tv, for example, doesn’t necessarily provide any gaming-related services per se, but millions of people stream their games to the site nonetheless. Find out what are the 10 games that can be streamed on Twitch?

You don’t have to install anything or download anything but the advantage of streaming games is that the game can be picked up on another device and continued at the place the gamer stopped.

As game streaming is the ability to play Xbox One games remotely from your Xbox One console on any Windows 10 PC on your home network the point to note is that Twitch doesn’t facilitate remote gameplay or offer interaction with the game stream, over and above chatting with the game streamer, but gamers still flock to the site in droves. Some visit Twitch for the entertainment factor alone, while others use it to find tips and tricks for their favorite game.

So here are the 10 best games that can be streamed on Twitch if you really want some challenging games on this channel to keep gamers engaged.

10 best games that can be Streamed on Twitch

Darwin Project is a battle royale game built from the ground up with streaming in mind. This Hunger Games-style survival experience integrates directly with Twitch and Mixer, allowing audiences to do things such as close off certain areas of the arena or even call in airstrikes for added mayhem. Your viewers won’t just be spectators but will be live participants in the action. Get the game at Steam all free.

This is a popular card game with a simple concept: You and a friend each draw a card with a fictional character or historical figure on it and have a ridiculous argument over who would win in a fight between the two. With full Twitch integration, your audience can vote on who would emerge victorious in a battle between Batman and Abraham Lincoln. Get the game from Amazon at $9.99

It is all about ruining your neighbors’ parties in gruesome fashion. That quirky concept alone makes for a captivating viewing experience, though the game goes even further by featuring direct Twitch integration. Your viewers can control nonplayer characters, vote on key in-game events, and decide to aid you in your slaughtering spree or completely ruin it. Get this game at steam at $12.89

This game is an expansive multiplayer pirate adventure making it a great game to stream to your fans. You’ll spend a lot of time simply sailing around, looking for the loot. But when you suddenly run into a rival pirate crew or get surprised attack by a giant Kraken the fun begins for you and your viewers to enjoy. Get the game at Amazon for $35

In this game you encounter an enduring survival horror series with the harrowing first-person adventure that evokes the quiet tension of the early Resident Evil games, resulting in an experience that’s as fun to watch as it is terrifying to play. Get this game at Amazon for $39

The Jackbox Party Pack games are best for large groups. Each Party Pack is raucous, potentially raunchy party games, from the hilarious fill-in-the-blank action of Quiplash to Fakin’ It, which challenges your ability to lie. The Jackbox games allow anyone to join the fun via their mobile devices, meaning that your viewers can play along with you. Get the game from Steam at $24.99

Venture into the epic dark fantasy universe stricken by decline and the Curse. Explore its intricate world design – full of hidden passages, dungeons, and secrets – and uncover its deeply rooted lore Each playthrough surprises you with new challenges and unexpected facets of the game. The game is too hard and streaming your adventures through from software’s unrelenting fantasy worlds can prove both entertaining and satisfying. Get the game from Amazon at $39.72

This is a tense 4-on-1 multiplayer horror game in which; one player plays as the killer while the others fight to survive. For viewers, seeing each match play out is like watching a new horror movie except that they can also drop some hints for you in your chat. Get the game from Stream which costs you a few dollars.

9. Getting Over It with Bennett Foddy

This is a punishing climbing game, a homage to Jazzuo’s 2002 B-Game classic ‘Sexy Hiking’. You move the hammer with the mouse, and that’s all there is. With practice, you’ll be able to jump, swing, climb and fly. Great mysteries and a wonderful reward await the master hikers who reach the top of the mountain. Get the game from Steam at $7.99

This game lets you play Mario levels created by fans from all over the world, making it the perfect game for interacting with an audience. You can take level requests from your viewers or make them laugh by subjecting yourself to the often brutal courses found in the game’s 100 Mario Challenge. Get the game from Nintendo at $39.99

Now enjoy these games and stream them on Twitch. Remember the game costs are subject to change and may vary.

What does Return To Player (RTP) Mean? 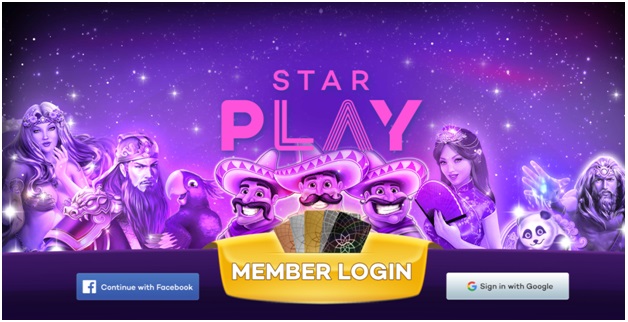 Can I Play Online Pokies at Star Casino in Australia?