Home » Answers to Common Questions » What does it Mean by Pokies Reform?

What does it Mean by Pokies Reform?

Pokies reform are the steps that Australian government takes in the legislation of poker or pokies machines in the country. Such policies make changes to pokies offered in clubs, pubs or casinos throughout Australian country including the main concern that is problem gambling or pokies addiction.

Pokies reform have been in the news since last few years and have been a debatable agenda over many keys issues regarding pokies and its game play. While a majority of Australians seem to support pokies reform on some level, the fact that few can agree on the specifics of what this should entail has made it difficult to pass any legislation – particularly given the fierce opposition of the clubs industry. At the same time, it’s also proven impossible to kill the legislation entirely, as it has been reworked several times in an attempt to find a compromise that would gain enough support to make it through parliament.

The government’s new policy is to trial mandatory pre-commitment in the Australian Capital Territory and insist that all new poker machines introduced from 2013 have voluntary pre-commitment technology. Voluntary pre-commitment means that a poker-machine user can opt to set maximum losses and limits of time spent playing when using high-intensity machines. These are the machines on which it is possible to lose an average of $1,500 in an hour.

Mandatory pre-commitment means a player must set binding limits on losses and the time they want to spend playing before using such a machine. Problem gamblers and those at risk of developing a pokies addiction can’t set limits when they are in the grip of the machines. Instead, they chase losses. They lose a lot of money and are harmed as a result.

The Productivity Commission argues that the voluntary system’s Achilles heel “is that gamblers who have exceeded self-imposed limits can remove their card, still play and break their commitment”. Around 60% of all losses are borne by problem gamblers and pokies users at risk of addiction (this groups makes up one-third of users).

Recreational users lose the remaining 40%. According to the Productivity Commission, 88% of players restrict themselves to less than $1 for each bet. Problem and at-risk gamblers don’t.

The Commission recommended a trial of mandatory pre-commitment to test design features and demonstrate the advantages of such a scheme.

Perhaps even more importantly; the Commission recommended a $1 bet limit; with $20 restrictions on the amount a player could feed into the machine. This would bring average losses per machine to $120 for an hour. These came to be called low-intensity machines. (It’s important to note; however; that it’s still possible to feed up to $10,000 into machines in New South Wales at any time).

Gillard rejected the $1 bet limit outright. Wilkie, therefore, settled for mandatory pre-commitment on high-intensity machines. Gamblers could still have unfettered access to low-intensity machines. The time scale for implementation was brought forward, and the agreement was struck.

The report of the subsequent Parliamentary Joint Select Committee on Gambling Reform; supported by its Labor but not Coalition members; endorsed mandatory pre-commitment, the new timeline and the high-intensity/low-intensity split of machines. It said a quickly implemented trial could inform design features and identify unintended consequences. But it warned against delaying a broader rollout of mandatory pre-commitment.

A new version of the poker machine reform legislation is expected to be voted on by parliament by the end of June. Should this legislation succeed, a trial of the pre-commitment technology would begin in the ACT. If that proved successful, then the technology would expand to other states. For the purposes for the trial; activity at the trial machines in the ACT would be compared to those in New South Wales; which some critics have pointed out will make it very easy for players to simply drive into NSW in order to play on machines that do not use the pre-commitment technology, thus skewing the results. It is possible that eight venues in Queanbeyan could also participate in the trial; though discussions on this point have not passed an informal stage.

For this trial program to proceed; there will need to be some major changes to the pokies currently in the ACT. At the moment, there are just over 5,000 poker machines in the ACT. About two-thirds of these machines would require upgrades; to participate in the trial program; while the remainder would need to be outright replaced. To help with the cost of making these changes; the legislation would provide $36 million in government support to clubs and other venues in the ACT.

The trial would also require that all new poker machines support the pre-commitment technology; while ATMs in any venues that host pokies – with the notable exception of casinos – would be required to limit withdrawals to $250 each day.

The failure of the poker machine reform legislation is due to the lack of any betting limits on pokies; under the most recent form of the laws. Both the Australian Greens and Senator Nick Xenophon demanded that a $1 bet cap on pokies; and clubs be implemented in an attempt to limit problem gambling.

One of the major arguments over such technology is the cost that would require implementing such a change on existing machines. Some have said it could cost as much as $1 billion; while proponents say that the true cost would be closer to $200 million.

Supporters claim that the change would help limit the ability of players with potential gambling problems from spending beyond their means; while those who oppose the change point not only to the initial cost of implementation; but also the fact that reducing bets will lead to reduced revenues for clubs; and limit player options without significantly changing the incidence of problem gambling.

As of lately, it seems that the ultimate fate of poker machine reform legislation may not resolve any time soon. As many of the decisions made to attempt to create workable legislation have come down to trying to secure a handful of votes in parliament, future elections could easily affect the balance of power on this issue and maybe allow for more comprehensive reforms or bring an end to it time will tell.

What is Defensive Evaluation of Football Games in Sports Betting? 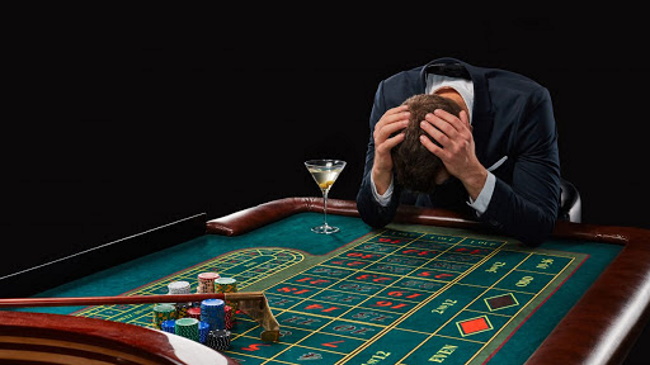 Which Hotels are Most Overrated in Las Vegas?