Home » Answers to Common Questions » Is Bali And the Rest of Indonesia Safe to Visit?

After Indonesia endured a series of natural disasters, many Aussies are wondering if it’s safe to return to Bali. This isn’t surprising, since Australians have been the main group of tourists visiting Indonesia since the 1970s. Out of the 4.6 million visitors Bali received in 2016, 1.248 million were Australians. This is an impressive 546% increase from 2006 and a 15% growth from 2015. With numbers this high, it’s safe to say that Australia’s infatuation with Bali is no longer a secret. Unfortunately, this year’s disasters may threaten this booming tourism trend. Let’s find out Is Indonesia safe to visit?

There’s no denying that 2018 was the year of disasters for Indonesia. This dangerous marathon started with five major earthquakes off the Northeast coast of Lombok island in July and August. This brutal wave of earthquakes caused 500 deaths along with plenty of destruction in Northern Lombok and the Gili Islands.

Unfortunately, this was just the start of the chaos. In late July a volcano in Eastern Bali exploded, which led to another area in Northern Sumatra being blocked off for ongoing volcano activity. On September 28th, a 7.4 magnitude earthquake struck in the Central Sulawesi region. This killed more than 2,000 people, caused a 10-foot-high tsunami, and completely destroyed the city of Palu. A few days later a volcano erupted in the Northern part of Sulawesi, which shot ash 4,000 meters in the air.

This series of disasters riddled Bali, Lombok, and the Gili islands with aftershocks for months. On November 15th, a 5.3 magnitude earthquake struck 55 miles south of Bali. While no casualties were reported, this latest earthquake is a stark reminder that things are far from safe. Even though all the major tourist destinations are still operating, a sense of suspense is in the air. To help our readers plan their next vacations properly, we compiled a list of things to know about Indonesia. While visiting Indonesia isn’t off the table, examining this list will give viewers a sense of what to expect!

What To Know Before Visiting Indonesia

While Bali’s tourism industry is operational, there are stipulations. Due to ongoing volcanic activity, travelling is ban within 4 km of the Mount Agung crater in East Bali. The same cautions are true in Western and Northern Lombok, where everything but travel is ban. This restriction includes the East-West route from Pamenang and Mount Rinjani National Park.

Just because traveling is allowed doesn’t mean everything has been rebuilt. In many areas, buildings that sustained heavy damages are operating as if everything is normal. This is due to a lack of government supervision, which means travelers have to be extremely careful. Many areas of Indonesia are still receiving aftershocks that could knock down buildings that barely survived the first quakes. For this reason, you should check the building you stay in for cracks and other obvious damages. There’s nothing worse than paying for someone else’s oversight, so, be observant!

To avoid unnecessary costs, most insurers avoid visiting destinations not good to visit. This again – Is Indonesia safe to visit? In many parts of Indonesia, visitors are on their own in case of any emergency. In many areas, simply getting injured in an accident completely unrelated to the latest natural disasters won’t be covered. For this reason, visitors have to consult with their insurance provider before traveling. It’s always good to find out this information before you need insurance, so do the research before flying! 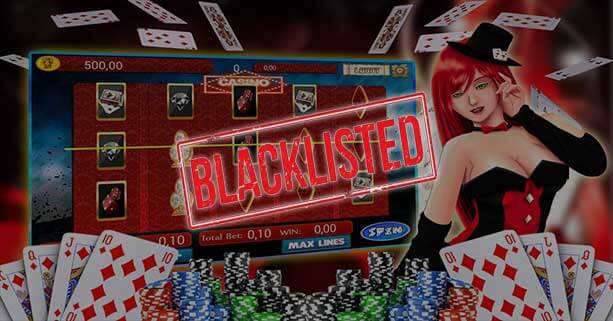 Which Online Casinos Should Be Avoided?