Home » Answers to Common Questions » How to Win and Play Three Card Poker?

Poker is loved by almost all Australian players. There are many different variations of poker that is enjoyed and one of them is Three Card Poker

The casino variant of Three Card Poker was first developed by Derek Webb in 1994. He wished to have a poker game full of excitement and the speed of regular casino games. This poker game has easy rules to understand, the payouts are large enough to attract players and the house edge is enough that casinos have this game in their stacks.

Like in traditional poker game the ranking of hands is same and the only difference is that it is based on a three-card hand.

It is essentially two games in one. Players are allowed to place an ante bet, but they also have the option for a pair plus bet. The latter means that the player is betting on where or not he or she will be dealt a pair or better. In many casinos, the player is required to first make an ante bet before he can make the PairPlus bet.

Once each player makes an ante or PairPlus wager or both, the dealer then deals a three-card hand to each player, including himself.

After looking at his or her cards, each player must make the decision to either fold or continue. If the player decides to keep playing, they must make an additional bet that is exactly equal to their original ante.

Once all additional wagers are made, the dealer will turn over his three cards to determine if his hand qualifies for the play. To qualify, the dealer must have at least a queen or higher.

The hands are similar to regular poker, but they’re modified to suit the three-card hand.

In three-card poke you have won but there is an option for an ante bonus, which, fortunately, doesn’t require any additional bets. Because the straight flush and three of a kind are ranked as the two highest hands, they earn a bonus. Pay tables may vary among casinos, but usually, they are as follows: 5 to 1 or 4 to 1 for a straight flush and 4 to 1 or 3 to 1 for three of a kind.

The best strategy is to raise a card if you’ve got a Queen, 4 and 6 or better. This has become the guideline hand because, in poker, the ranking of hands is determined first by the highest card, which, in this case, is a queen. If that card is tied with the dealer’s hand, the next card will be used to break the tie, and so on. Because the 6 card is mid-level, you have a moderate chance of beating the dealer’s hand. On the off chance, the second card still results in a tie, the third card is used. The 4 card is only slightly below the 6.

When betting on a PairPlus, keep in mind that you’ll be dealt at least a pair about 25% of the time. The house edge for a Pairplus is about 7.28%, which is not terrible. If you are willing to risk it, the payout for this wager can be pretty high. The paytable that is most commonly used in casinos now is as follows:

The rules and strategy for three card poker are simple enough, which is what makes the game so attractive. This, along with the reasonable house edge, has made it a very popular game at casinos all over. If you’re able to stick to a strategy that works for you preferably Q-4-6 or dealer rules, you’ll significantly decrease the house edge.

If you wish to play real money three card poker game then Bodog Casino has Tri-Card Poker and the casino offers the best pay tables you’ll find anywhere on both the Ante Bonus and PairPlus bets. Also, you can play at Royal Vegas, All Slots, Casino-Mate, Guts, G’Day and 7 Sultans casino.

So you have choices to play this poker variant in online casinos of your choice.

What Blackjack Games are available at Crown Casino and what is the Minimum Bet? 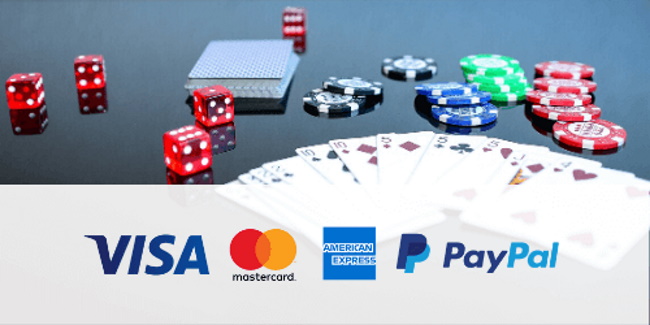 How to Choose the best Withdrawal Option at Online Casinos?