ISIS pokies game from Microgaming is an Egyptian themed game covering 25 paylines and the maximum bet of 250 coins per spin. ISIS pokies are offering 41 possible winning combinations, it can be played for coin sizes that range from $0.01 to $0.25 per payline. The more players bet, the more they will win with this game. There is no progressive jackpot, but the game does offer a standard jackpot of $10,000.

Microgaming Isis pokies is a big, colourful game with some admittedly nice graphics, a bonus game and a handy gamble feature for those who like to stretch their luck a little further. Isis plays out over five reels and twenty-five paylines; it’s a big, bold game and the reels are set in an ornately decorated frame with nods towards the character of Isis, the goddess of magic and nature.

Some big, orange playing card symbols are used as the lower value symbols but there’s the usual selection of Egyptian pictures further up the scale and these include Isis’ staff, a sarcophagus and several decorative images related to the theme.

The wild is represented by Isis herself and if she contributes to a winning combination that wins will be doubled; the hawk is the scatter symbol and it activates the main feature.

At least twenty free spins are available for players who can land at least three of the hawk scatter symbols anywhere on the reels; the following table provides more information:

The feature reactivates on landing three more scatters again and every win you land is subject to a 6x multiplier.

Wager your most recent win on a turn of the card by pressing the ‘Gamble’ button underneath the reels; you can double or quadruple your win by correctly picking the right colour or suit respectively. Get it wrong and you lose all you winnings in this gamble feature.

Unfold the Secrets of the Goddess

In pure terms of gameplay, Isis follows standard rules that should feel obvious to players with a little experience in the slot game industry. Otherwise, let’s take a moment to review the ground rules here.

Isis pokies is played on 5 spinning reels, each of them containing three symbols. The 25 paylines that run across the screen as where you need to line up symbols in order to score cash prizes during the game. Take a moment to adjust your wager and the number of activated paylines in the command bar below the reels, and then the rest is mostly up to luck. You can always increase the size of your future rewards by betting a little more at the beginning of your turn.Try out the optional guessing game after each win to get a chance to double or even quadruple your most recent reward.

Try the bet max button if you want to go all-in on your next spin and risk it all to hit the jackpot. Otherwise, you could also turn on the autospin mode and watch the reels spin on their own for a while, during which all your winnings will pile up in your credit total automatically.

Aim for the Shiniest Artefacts

In terms of reel symbols, Isis still follows the classic pattern and introduces a two-part paytable into the arena. The two symbol groups are as follows.

The low-paying icons are the usual card symbols, from number 9 to the Ace. You should be able to score plenty of winning combinations with them, given how common they are on the reels of the game.

Bigger wins come with the second half of the menu, which contains golden artefacts. The palm tree, vase, royal seal, amulet and sacred eye symbol are a bit rarer during the game, but their are definitely worth the effort. A five-eye combination on a payline is worth 3000 time your wager, for instance.

Meet the Goddess and Win the Jackpot

Isis herself also appears on the reels and acts as a wild card. As such, she can replace any of the symbols listed previously and help you land more winning combinations. When used, Isis doubles the value of each combination she appears in.

Moreover, wild card combinations can be worth up to 10,000 times the value of your initial bet. One more reason to keep an eye out for the beautiful and wise goddess.

Finally, the purple eagle symbol is a scatter that pays in any position on the reels. On top of a cash prize, eagle combinations trigger up to 30 free spins, which come with multipliers attached to every win.

Isis is a classic modern slot game with decent wins on its basic paytable, and generous bonus features on top. The scatters are particularly important if you are aiming for big wins, and a few wild combinations would not hurt either.

Come for the mysteries of Egyptian mythology, and stay for the rewards. We promise you that you will not be disappointed.

How to Stop Playing the Pokies 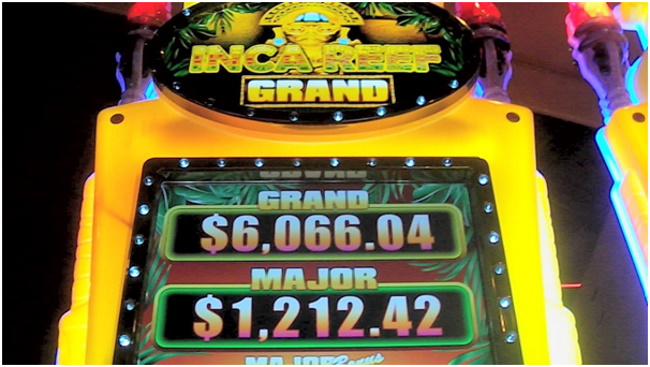