Cash Crazy is a fun-filled classic pokies, designed and developed by Microgaming. In this 3 reels, 1 pay line game to offer is  wilds and multipliers that add up to nice payouts. Players can place their bet with coin sizes of $.25 to $5. The maximum bet is only 2 coins, The wild symbol can be used to create a winning combination, the value of which is then multiplied by 2. If 3 wild appear, you have won the jackpot. This will amount to 800 coins if your original wager was 1 coin or 1600 coins if you have bet 2 coins.

Since the Crazy Professor invented this little pokies machine it is only understandable that he is your most important symbol in the game. The Crazy Professor is your wild and multiplier. This symbol will substitute for any of the other classical pokies symbols found on this machine to complete a winning combination.

The theme is not well-developed as there are no bonus rounds; or video scenes the theme is used only for the reel symbols and graphics and sound effects. The word “crazy” in the title refers to the mad scientist displayed on the front of the case; and as the game’s wild symbol. Other than that, the whole mad scientist angle isn’t all that important to gameplay.

The display is a little busier than other traditional poker machines. The three spinning reels sit above a weird machine (ostensibly invented by the mad professor); that prints money and belches out smoke during the game. The remainder of the case is taken up by the big pay table on the sidebar that spells out the value of each of the machine’s nine winning combos.

The six reel symbols include one themed image; (the mad scientist that the machine takes its name from), a lucky 7, traditional yellow and purple bars; familiar poker machine cherry bunches; and the standard black bars. Two different jackpot values are presented; one for a single coin bet, one for a double coin bet.

Besides the wild symbol image of the mad scientist, few of the game’s other elements actually fit the theme.

A couple of sound effects (the crazy professor’s cackle is the best of them); and a few short animations for every combo win and the appearance of wild symbols. The animation behind the game’s logo after payouts of 100 credits; or more is so slight that you could play for an hour before you notice it. It doesn’t help that the nutty professor’s machine spews cash; and coins at the same time, drawing attention away from the logo’s animation. But that’s okay. Bettors don’t play titles like Cash Crazy for the high-tech visuals.

The game’s largest jackpot is worth 1,600 credits; that represents a cash value of between $400 and $8,000 depending on what value the player sets for each credit. The column on the pay table that represents a bettor’s potential wins (based on either one or two credit bets) is automatically lit up; making it easier to see what prizes you could win.

The mad scientist wild symbol substitutes for all other images to form a winning combination; it also acts as a multiplier. It doubles the value of any payout completed by a single wild. Pay outs triggered by two wilds are quadrupled. Few Microgaming classic style games have a wild multiplier like this; it’s a rare feature that makes the otherwise low prizes on this game’s pay table worth it. Only one combination is worth a fixed payment of 1,000 credits or more.

Microgaming’s classic poker machines vary from games (like this title) that have a decent line-up of features like wilds, scatter; and multipliers to really spare games that have almost nothing besides fixed pay outs; and a handful of sound or graphic effects. Thanks to the multiplier available on this game (via the wild symbol) the jackpots are well worth the time and financial investment; especially for bettors who enjoy more traditional games.

A nice selection of low bets, with maximums available as low as $0.50 per spin, is the standout feature here; the design is below Microgaming’s usual quality, even on traditional titles. Pokies players looking for a mindless distraction or a game; they can play with small wagers are the gamblers most likely to enjoy time spent betting on Cash Crazy. 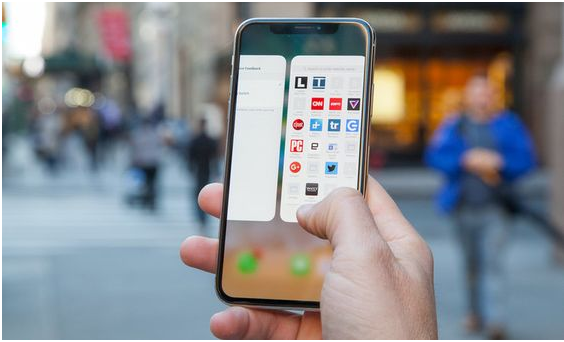 How To Get Free Coins When Playing Mystic Slots?